This graphic novel, Asalto y Paranoia:  A Mourner’s Guide to the New Century, dates from 2002.  That February, I flew from my home to Texas.  The paranoia and fear from September 11, 2001, was still very real, not just for me but I believe for most people. These drawings resulted from that trip and became part of an installation/exhibit later that year.  They were printed in graphic novel form,  but in addition, I prepared black and white illustrations of the same imagery  and printed them as coloring books.  We even had t-shirts.  Looking back,  I think it was a form of therapy, a way of getting the fear/paranoia reaction out of my system.

Read a Review of the Asalto Show

Cain and Abel is a project I began years ago.  It was shelved and re-opened, worked on, shelved again.  I display these work pages, because it reflects my approach to minimally verbal, visual storytelling: less comic book and more theater. 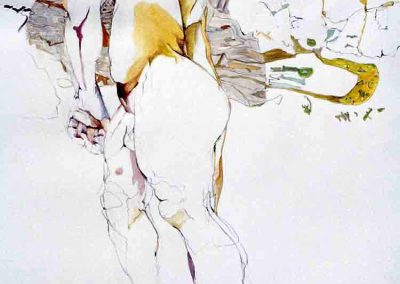 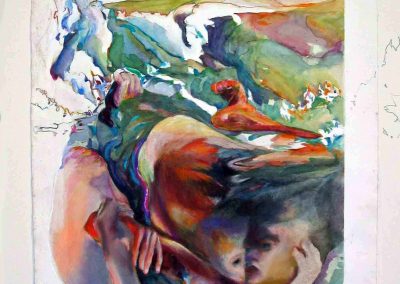 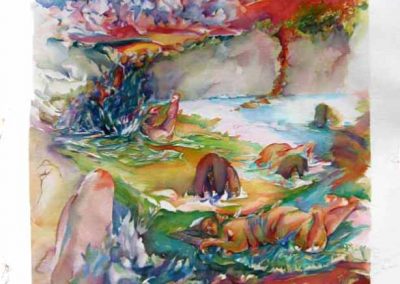 Descent From the Garden 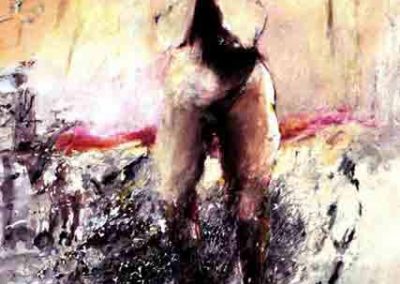 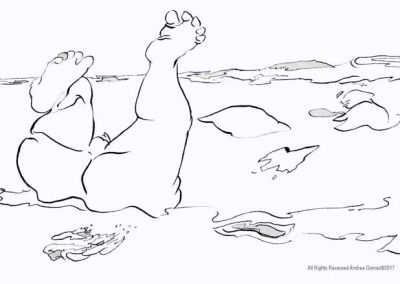 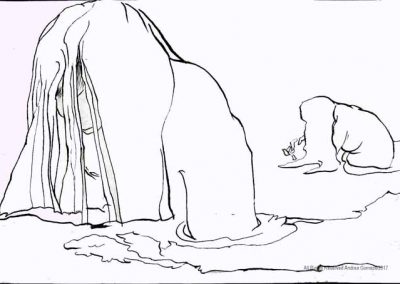 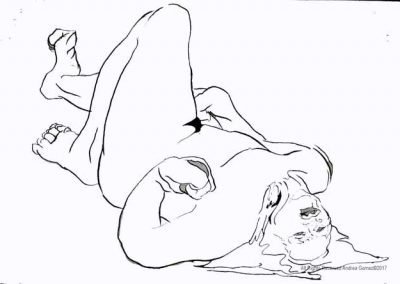 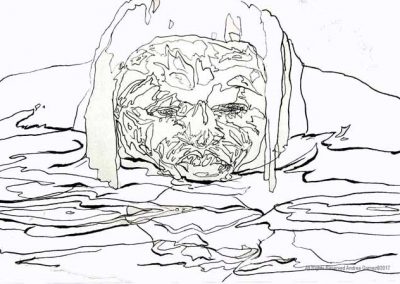 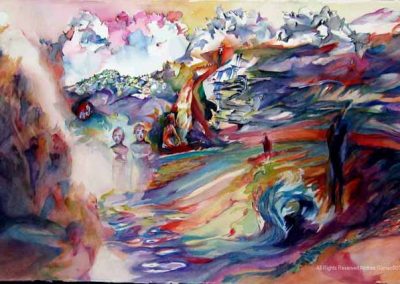 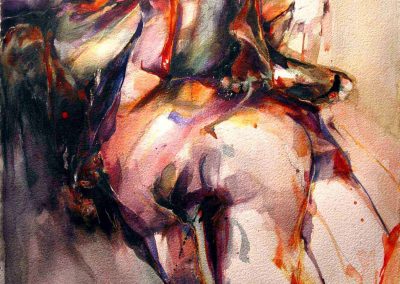 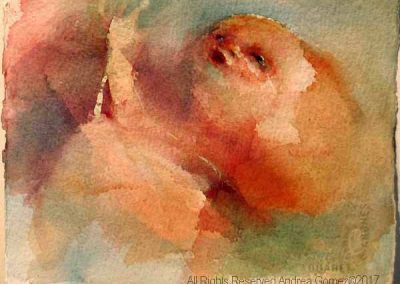 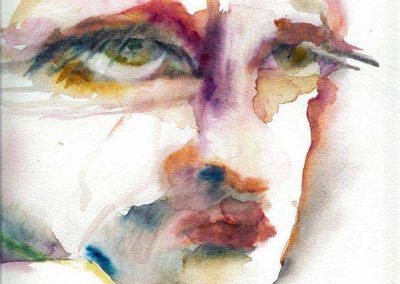 Back to The Illustration...Plus Page

All Rights Reserved By Andrea Gomez ©2017