In the early 90’s , I was the courtroom artist for the hearing and trial of David Passer, a contract operative for the CIA. An Afghani man, Abdul Wali, had been interrogated and subsequently died from injuries during those sessions. It was to become a test case for the definition of torture when applied to CIA operations. Passaro would gesture to witnesses, send hand signals to his girlfriend pleading her to be a friendly witness. when he thought no one was looking.  (I was looking.)

Towards the end of the trial, the CIA managed to legally prohibit much of the prosecution’s evidence from being used and/or shown by the media, which effectively shut down the test case for torture aspect. Part of the evidence that was kept from the media was the photographs of Abdul Wali’s remains, which I nonetheless was able to sketch for broadcast. 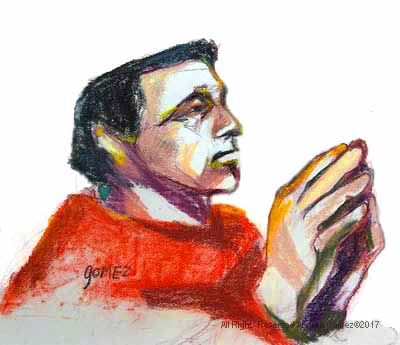 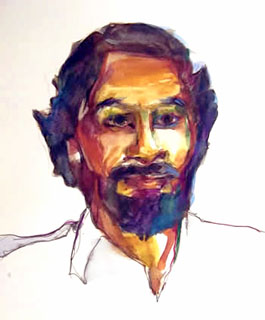 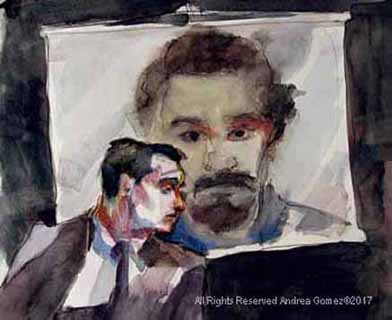 Passaro Testsifying with Photograph of Mr. Wali Behind Him 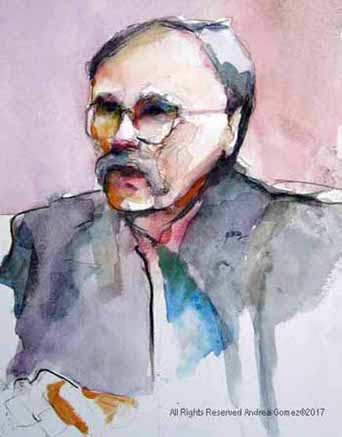 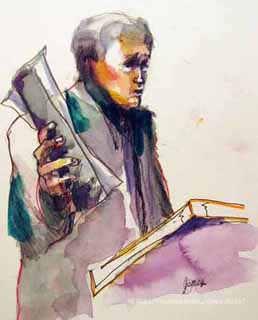 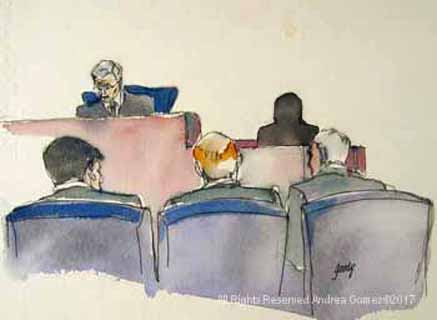 CIA Witness in Disguise, Blacked Out per Judge’s Order 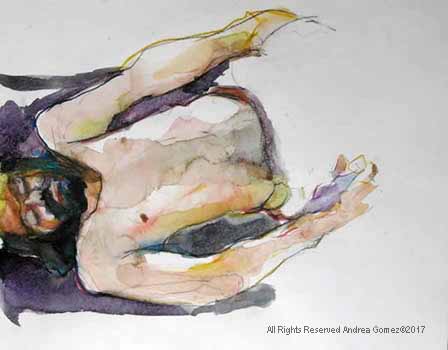 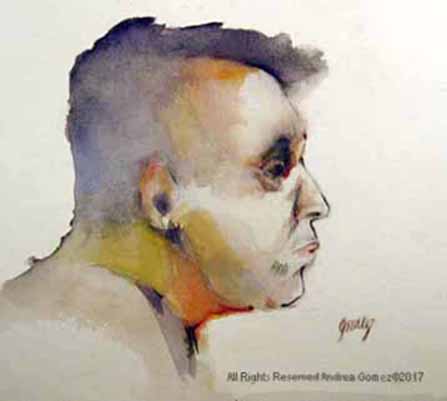 All Rights Reserved by Andrea Gomez ©2017